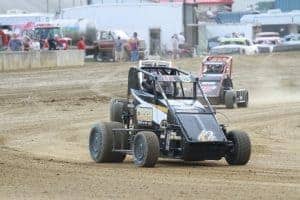 Racing is in the genes for the Birchard family. Red and his sons, Nick and Josh, have been around area racing for a long time. The Birchard family has been involved racing Enduros or stock cars or helping on sprint cars or modifieds. In 2010, as Nick Birchard watched the World of Outlaws race during … Read more 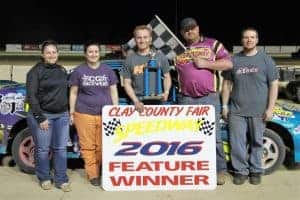 Jay DeVries always looks for his wife as he races around the track, usually so she won’t pass him or he won’t hit her car. Jay has been racing since 2006, and four years into racing, he convinced his wife to hop in his brother’s car. From then on, Kaytee DeVries was hooked. She started … Read more 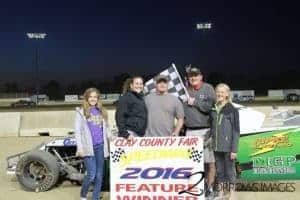 Husband and wife team Matt and Sara Morrow can both be found at the Clay County Fair Speedway on Friday nights. However, you’ll never see Sara sitting in the stands or standing in the pits for very long. Instead, she is often in the middle of the track taking picture of all drivers throughout the … Read more 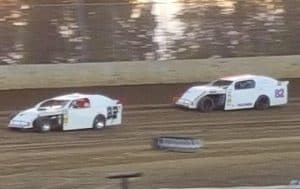 Raised in racing, the Van Lenning brothers began attending races with their dad at a young age. Their dad always had the dream to race, and their mom did powderpuff racing in the Hobby Stock class. Sonny and Sam also wanted to race, though it was a dream for a long time. Sam started racing … Read more 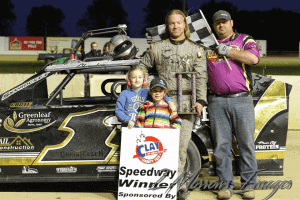 Clayton Christensen’s competitive spirit and a family bond started him racing – two things that are sure to keep him racing for a long time. Christensen grew up going to races with his dad. He was also an athlete, competing in both football and baseball. After an injury sidelined him and eventually forced him to … Read more 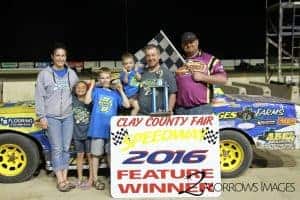 The Nielsen family is very involved in racing. Not only does Brandon compete against his brother, Cody, but the brothers hold the No. 1 and 2 spots in Hobby Stock points at the Clay County Fair Speedway. Their dad owns the shop where the sons work on their cars and “is pretty much the crew … Read more