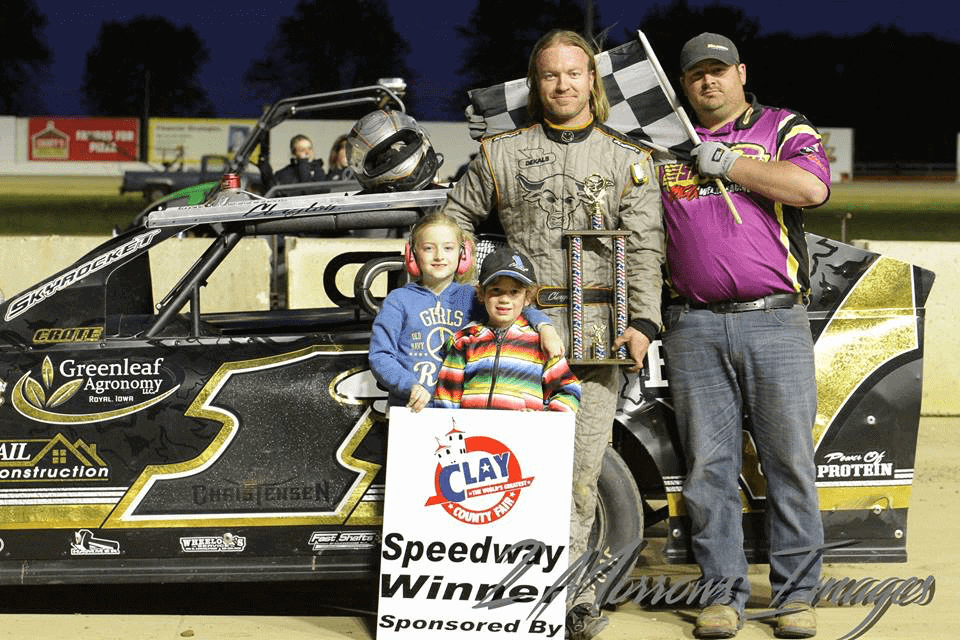 Clayton Christensen’s competitive spirit and a family bond started him racing – two things that are sure to keep him racing for a long time.

Christensen grew up going to races with his dad. He was also an athlete, competing in both football and baseball. After an injury sidelined him and eventually forced him to transfer schools, he had to stop competing with a ball in his hand. Christensen still needed to fill his drive for competition. His dad Ron thought of one thing they had done for a long time and could continue to do together: racing.

Sport Mod racing was a relatively new class in 2001, making it a good place for a new team to start. Christensen raced Sport Mods for two years and then moved to the Modified class because he wanted to compete at the highest level.

The 1cc team races a couple times each week, as long as work and family are taken care of. “They always come first,” Christensen said. Family often joins the team at the track, especially since Ron is the co-owner. Christensen’s mom and his two kids join him as often as they can.

Christensen has raced throughout the region in Iowa, southern Nebraska, southeastern South Dakota and southwest Minnesota, but he really likes that the Clay County Fair Speedway is so close to home. His favorite part of racing is “the competitiveness.”

“The thought processes, and thinking about new ways to go faster is one of my favorite things about the sport,” says Christensen. “It’s more than just the best parts and driving a car around a track, it’s strategy too.” He adds, “Winning doesn’t hurt either!”

This year has seen some tough outcomes for Christensen racing. Before Clay County Fair Speedway’s opening night, he wrecked at Algona Speedway, but with a team of helpers and many hours of work on the car the next day, the 1cc team was able to make it to the track.

One thing Christensen learned is the hardest part about racing is the time and cost that it takes for a driver to be good and compete at a high level, as his natural competitive nature drives him.

“The sport can be very humbling at time. You never have it all figured out, you’re learning all the time. There’s something new every time I go to the race track. But it’s a blast!” Christensen said. “I had three dreams when growing up: be a farmer, a professional athlete, and a race car driver. I’ve gotten to do two of them, so that’s pretty cool.”